​​​​​​​​​Storytelling and Writing
Oct 18th 2020~ With so many changes in our world, with some of us returning to different forms of confinement we each find ourselves trying to make sense of the days and weeks ahead as Christmas approaches.. Like everyone else I find it has woken me up to all I miss, friends, family, stories, interaction and so on. Yet nature remains the same~ beautiful, abundant and on this autumn day~full of life.

​​When I joined Jericho Writers I was kindly asked; So, what I am writing on; Elsewhere, I said. The Realms of Elsewhere.
Well, like many writers I suppose, there's often a good personal story beneath the written story.
Back in the early 80's I was invited to meet Peter Larkin. I had sent him some of my faerie tale illustrations that I had been painting since 1977. So off I went to London to meet up in his office. He had read some of my early work and was very supportive and just wanted me to bring the standard of the writing up to the illustrations…"Then I would never be out of work" he said. I promised I would return when I had done what he asked.
I wanted to do world building stuff because by the time I met Peter I was both illustrating in watercolours and sculpting in Porcelain. Both art forms were intertwined and collectors from around the world bought both from me. They thought my sculptures were like the faerie illustrations of the early 20th century by Arthur Rackham.
Time went on (about 2 years of time ) and although I drew detailed landscapes and maps to my world I couldn't write the stories. I just didn't know how to start. For instance I knew nothing about narrative or plot building, protagonists, archetypes and so on. I was in a sea without a compass or even a boat to save me. I was drowning. so I put it all away and carried on with my illustrating and sculpting.
Importantly by 1993 I tripped over into a new profession~ storytelling, or as I would describe it now, the oral tradition. Suddenly all my weaknesses were thrown to one side because one of the great advantages of being dyslexic is that the spoken word, the connection both between you and the audience and you and the spiritual source of the material are freely open and alive.
I quickly found that all my struggles with words on a page vanished when I felt and developed a story through my emotional self. Over the next 25 years I was to visit over 2000 schools and tell to a quarter of a million children here and abroad. There seemed rarely a visit when something amazing or remarkable happened and a light went on or a deepening of something profound was being laid inside my head. I believe now that I was learning about people from inside the stories, or perhaps the stories were just connecting me to the emotional understanding and pattern of words.
So at an important point in my life about 8 years ago in 2012, I was asked the question: if you're a storyteller why don't you write down your stories? You must know how to after so much telling.
So I pulled out the maps, the illustrations, picked up the pen, opened the computer and started.
Now I know this is not perhaps the best way to start world building. Or maybe there are just different ways; I had no training, no courses, no clubs. no weekend writing courses; but it was my dyslexic way. I began to see that writing could be a rough but very intriguing ride. Well to cut a long story short, five years later I reached the end of the first story.
It seemed way too long for a start; too many narrative paths, too much detail and so on but I had reached the end at 275,000 words. Exhausted, elated and all the rest that writers know all about.
I put the manuscript away.
left it for a year then re-read it and did a second draft.
Then another and a fourth and fifth and sixth, at which point I needed to find someone to read it professionally. Fearful of the outcome I decided to search LinkedIn for someone not in my neighborhood or Norfolk or come to that even anyone in England in case I should bump into them on some distant weekend writers retreat! I discovered a manuscript company in Australia called Flood Manuscripts.
Over the following year they read it, made suggestions, I worked on those. I should say they really liked the voice on the page, so that was hopeful! They suggested I brake the book down into 3 books, Which I have just completed and they are now looking at it and suggesting I look for a hybrid agent where the creative strands might best be allowed to work together.
At the moment I am both working on the digital side of my world building by creating 360 degree illustrations and also recording the first of the 3 completed (but not published) books. This felt odd at first because the oral tradition for me has so much been about exploring the use of so few words to say so much. The spoken Narrative can swallow huge moments in stories with one gesture or one line. But writing for me has become a marvel…I had no idea it could be so consuming and a bringer of wonders as characters wake you up in the middle of the night to tell you what happens next, or ask; how could you leave me on that cliff edge and go to bed!
As a postscript to where I am with all of this; As a world builder, I have those endless and endless notebooks full of histories, drawn characters and maps for the Realms I have been working with for 40 years and I find myself in this time of lockdown, teetering on the edge of seeing over the rim of uncertainty to a place where I can pull my creative strands together.
Having come out of my own particular wardrobe or under-stairs cupboard, I am more than glad to have become a member of Jericho writers and confess to being passionate about writing!


​​​​​​​
Here are some other links to where I am involved. This first link is also full of many fabulous storytellers telling wonderful tales. There is a donation pot on this first site:
www.worldstorytelling​cafe.com
​​        You can also visit the Society for Storytelling FB page​
​https://www.facebook.com/groups/14430125460/

​​​​​​​​​​​Paul  and Rosie Andersen have just completed the next book
​The Lost Key.
An anglo Saxon tale​ for your delight.
LINK: http//www.aelfwynnbooks.com

​​​​
CALENDAR
​for Storytelling
​Please click   Bookings
to go directly to page​
If you click on this image it will take you to the Society for Storytelling Website
​There you will be able to follow all the exciting things we are planning for 2019/20
​Its going to be a thrilling year! National storytelling week: 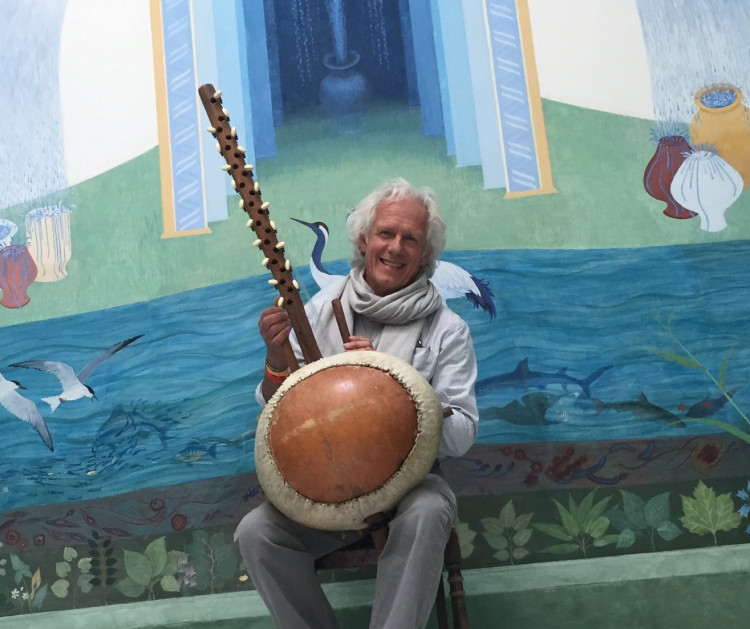