The Kingdoms of Elsewhere
The Book of 'I​​'
Volume 1​
© Artwork, Sculptures and Stories Copyright Paul Jackson
Inside his egg the little living Something sat and wondered and eventually said;
“Who am I? What am I? What am I to do?”
​
To deal with the first question seemed unusually easy for he had the vestiges, the leftovers of language. He didn’t know where it came from, or what most of it meant, but he had it all the same.
So, he called himself ‘I’.
​
The second question was harder and there was nothing in his thoughts to reassure him. He seemed like a wizened old man, yet as he pondered the uncertainty of what he might be, he saw that all of a sudden, he was growing something on his skin; He was growing feathers; he was becoming a bird! We know that, but he didn’t know that then, and why should he? There was no label sewn on him saying “You are a BIRD. “
The fact that ALL other birds know at this moment that they are to fly and therefore are birds does not take away from the fact, that at that very moment he, who called himself I, thought he was something else.
What that something else was however, he did not know.
​
Amongst all that old language that had come from the somewhere else that he knew nothing about, he found, waiting for him at a place in his thoughts, a new word, which he considered might describe him; “Inventory”. Was he one of these, he thought?
However, this was a moment of wonder for another reason too. The egg in which he was living was becoming thinner, so more light was shining through, which meant he could see there was something else in there with him too.
It was a book.
He picked it up and turned it over. On its cover it simply read: The Book of ‘I’
Well it must be his then, after all he was ‘I’.
‘I’ found he could read.
So he opened The Book of ‘I’.
It was empty. There was nothing to be seen on its pages.
Then as he looked, a word began to appear; “Inventory” it wrote, and then other words and meanings began to be written to describe the word. It didn’t seem quite right, not to describe him. So he made his way through its other meanings;
“Inventory: A List”.
He wasn’t a list, was he? He didn’t feel like a list and if he had a mirror at that precise moment he could have seen that he didn’t look like a list either.
“An Account”.
Was he “an account” then? Was he something to consider, or a reckoning of money?
“What is money?”, he asked himself. He read on; perhaps he was a “debit”, “credit” or “current account”? He thought that he, ‘I’, couldn’t possibly be any of these things, whatever they were!
Like a jacket, he tried another word on for size;
“Catalogue”. More words appeared; ‘To enumerate a complete list in an alphabetical order”. No!
A “resume”; “being a descriptive catalogue with descriptive explanations”. He liked the look and the sound of these words but which one, if any, described him?
Was he to be “a Cataloguer” then!?
Well he might be, but he who was ‘I’ had a book in his name, so he must be more than a cataloguer surely?
​
Then, the eye of ‘I’ wandered up the page of the Book of ‘I’ to the word “Catalepsy; a loss of consciousness accompanied by rigidity of the body”.
He didn’t want that, he most certainly didn’t want that, so he had better find out what he was before catalepsy actually happened! He also suddenly noticed that it was getting lighter in there, wherever ‘in there’ was.
He decided to go back to the first word that had been written, only now it had changed:
“Inventor”; “able to invent, original in devising and thought. Maker of the future”.
“Maker of the future”? ‘I’ asked himself, and the book wrote the words that explained the future.
Those words seemed to lift him up and became something he could wear; a comfy jacket, with pockets, both obvious and otherwise, and as the jacket grew, to help it fit, he found belts and folds with many fastenings including buttons and button holes as if the jacket needed to be able to change its size.
“Was that what the future did”? he asked himself. “Change its size?”
There were pockets on the sleeves and two openings on his back. They seemed odd. Maybe that was where the future grew?
There were clips and clasps, plackets and even hooks and eyes. With these fitted, his new pockets were beginning to fill up with ideas and thoughts, and he needed all those fastenings so that these thoughts and ideas didn’t spill out and get lost in the future.
It was all very odd, but strangely expected, as if being unusual was part of being ‘I’.
He looked at the pockets filling with ideas and possibilities. 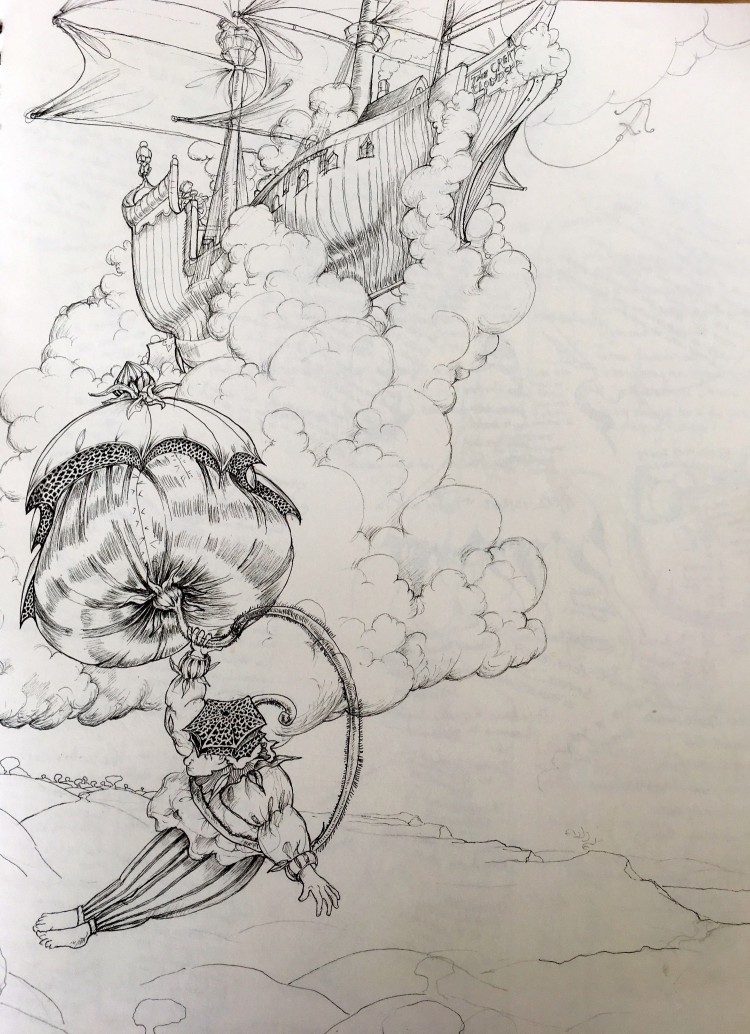 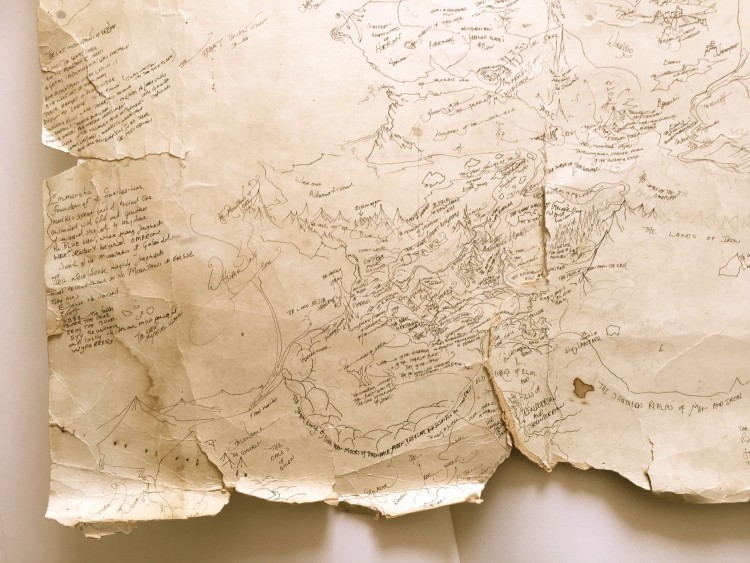 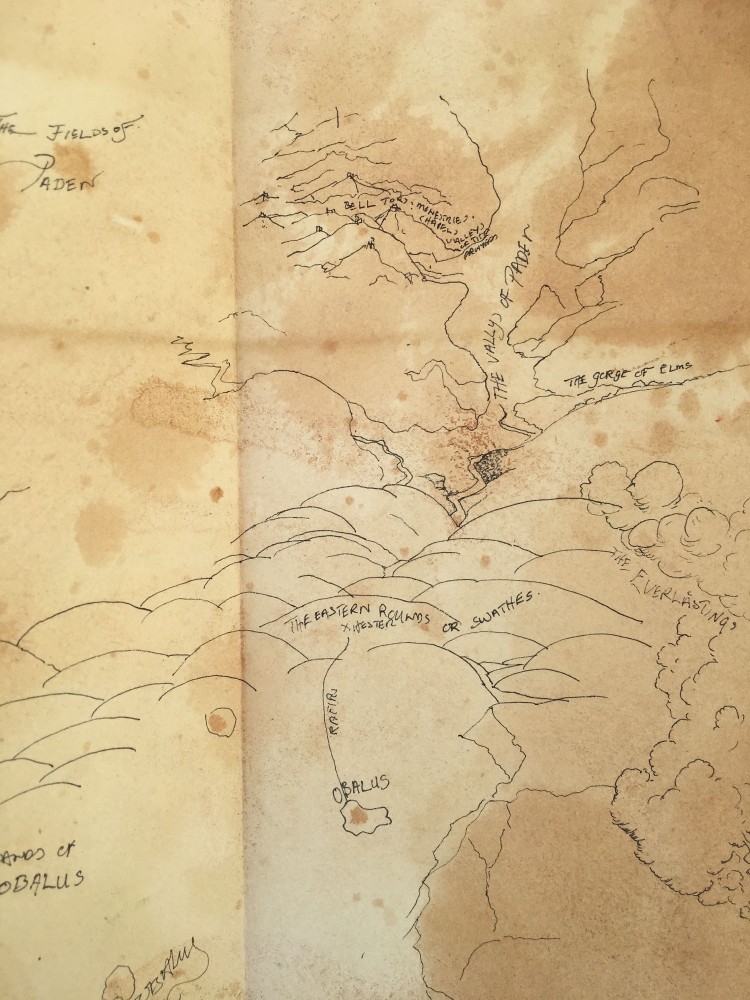 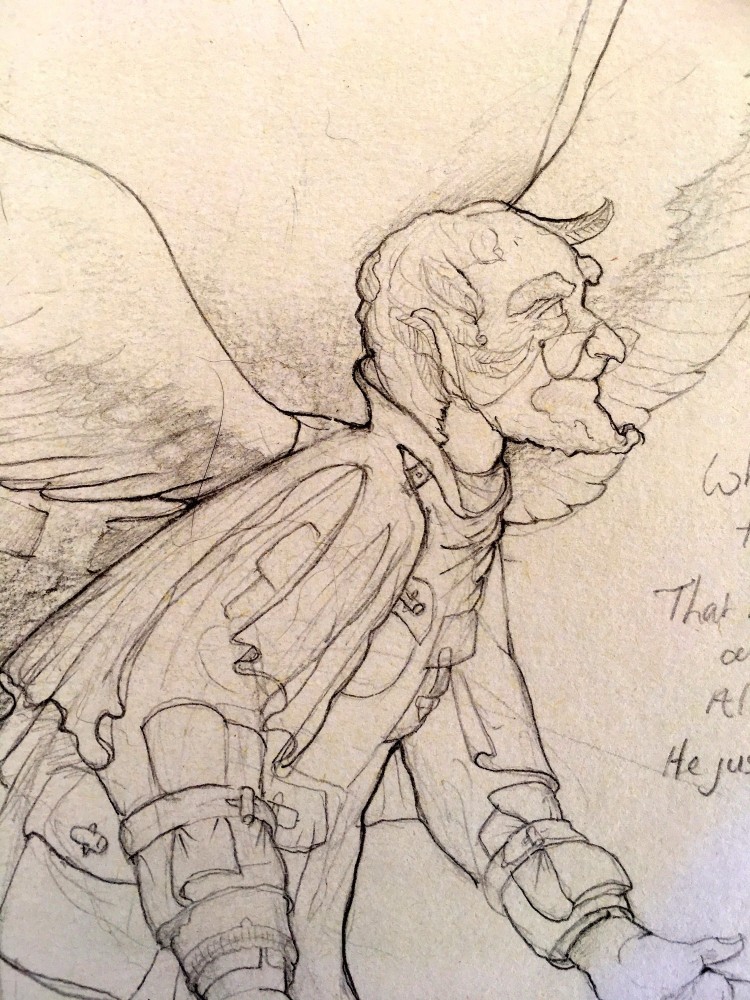 Rafia Baloobalus and the
​Ship that made clouds 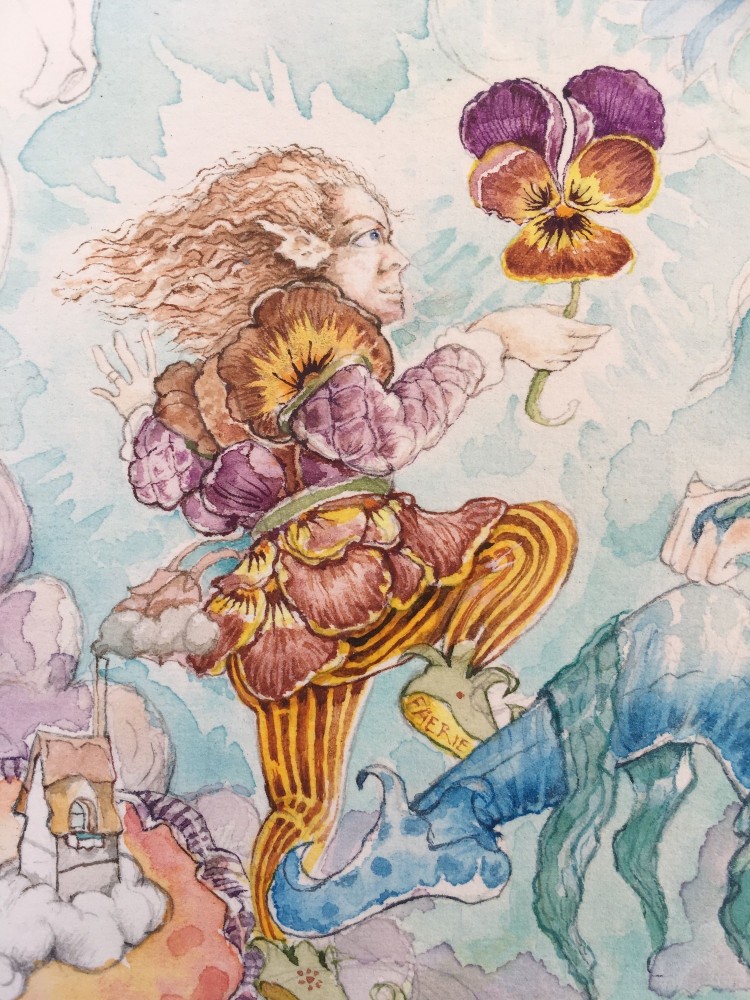